In many North Carolina towns and cities, mask mandates are ending, and vaccination requirements are loosening, but questions remain about the next COVID-19 subvariant, omicron BA.2.

The subvariant makes up roughly 8% of cases nationwide, according to data from the national Centers for Disease Control and Prevention for the week ending Feb. 26.

“Just the fact that there is a new variant circulating doesn’t necessarily mean anything in terms of people’s risk or in terms of our trajectory with the pandemic,” said Dr. Zack Moore, North Carolina’s state epidemiologist.

Instead, scientists look at whether a subvariant is more transmissible, causes more severe disease and evades vaccines, as well as how it responds to different treatment options, Moore said.

Variants are simply viruses that share the same mutations, indicating that they come from the same place at the same time, Moore explained.

The original omicron variant was more transmissible than prior variants such as alpha and delta. The earlier variant of omicron caused a huge rise in cases in early 2022.

Case numbers declined as dramatically as they grew, with fewer than 1,000 daily cases reported on the last day of February. Researchers are closely monitoring the new variant and its potential for another spike.

In the Southern region, which includes Alabama, Florida, Georgia, Kentucky, North Carolina, Mississippi, South Carolina and Tennessee, the latest CDC data showed the latest subvariant, omicron BA.2, accounting for about 4.5% of total cases, a slight increase from the prior week, when BA.2 made up roughly 2% of total cases.

A study from Japan showed potential for more serious disease in lab experiments, similar to the delta variant, but Moore said data out of South Africa did not show any difference in indicators of severity in BA.1 and BA.2 patients in the real world.

“That, to me, is more meaningful than what is found in a laboratory study,” he said.

The latest mutation of omicron has been called a “stealth” variant, but the name is not related to contagiousness, but rather to how it is detected in testing and sequencing.

For each variant to be more contagious than the next is logical because of the way viruses operate, he said.

Protecting against BA.2 and other variants

The convergence of a new, more contagious variant and policy changes away from protective measures could cause the decline in overall cases to plateau.

Vaccines remain the best protection against all variants of the coronavirus, Moore said. At present, a booster is recommended for all recipients of earlier regimens, and immunocompromised individuals are encouraged to get a fourth dose of vaccine.

“A booster shot restores protection, making illness after infection about 74% less likely,” according to a Kaiser Health News report.

While the majority of North Carolinians received an initial regimen of two-dose mRNA shots or a single Johnson & Johnson shot, only 30% of the total population received a booster, according to NCDHHS.

“The booster makes a big difference in omicron, whichever version,” Quick said. “In fact, less than 20% of Americans who are over the age of 5 are actually fully vaccine protected, which means that there are more people who are susceptible to infection.”

Scientists continue evaluating the durability of the current vaccines in the real world, but even if antibody immunity wanes, cellular immunity or T-cell immunity may hold up longer, Quick said.

While it seems likely that people may need additional shots “fairly frequently” as the virus mutates, new vaccine technology may develop to make the shots more durable, Quick said.

For those who contract COVID-19, medical developments such as antiviral drugs and monoclonal antibodies may also lessen the effects of the disease.

Research is continuing about what drugs might be useful against omicron, specifically the BA.2 variant. Some treatments that worked against earlier variants are not as effective against omicron, according to a Nature report.

The U.S. Food and Drug Administration revised its guidance about two monoclonal antibody treatments in late January, noting that they are not effective against omicron variants. The agency said other drugs may be used for omicron patients.

For the emerging BA.2 variant, therapeutics have shown mixed results. An infusion of the monoclonal antibody sotrovimab may not be as effective against BA.2 as it is against earlier variants, though some studies showed it still had neutralizing effects, according to a Reuters report.

In mid-February, the FDA authorized use of a new monoclonal antibody, bebtelovimab, stating that it shows activity against the earlier omicron variant and BA.2. This antibody is designed to be used before hospitalization to prevent more severe disease. North Carolina has received nearly 5,770 doses of bebtelovimab since authorization, according to data from the U.S. Department of Health and Human Services.

Some clinicians also prescribe Paxlovid, a five-day course of antiviral pills, authorized by the FDA for COVID-19, which must be taken early in illness to be effective.

“A big priority needs to be on the further development of therapeutics, particularly outpatient medicines that can be given early in an infection and can keep people at home,” Quick said.

Scientists in the state continue to track new variants and their possible spread. A new network of researchers, called CORonavirus VAriant SEQencing or, CORVASEQ, was formed to test and track samples from all 100 counties.

As new variants are identified, people should continue to be diligent in their actions in response to the virus, Quick advised. He likened waves to a hurricane warning, cautioning that people should pay attention to public health officials and change behaviors before the situation gets out of hand.

“One of my biggest concerns is knowing that it is a possibility that people just think it’s over and then we fail to take action,” he said.

Editor’s note: This story was updated to reflect booster numbers for North Carolina.

CBD products for children remain a mystery for most parents, report says

Sun Mar 6 , 2022
The term CBD stands for cannabidiol, a chemical compound discovered in marijuana and hemp, the report claimed. As opposed to marijuana, CBD only has .3% of tetrahydrocannabinol, or THC. The THC is the psychoactive aspect of cannabis that helps make men and women feel significant. Of the 7% of mom […] 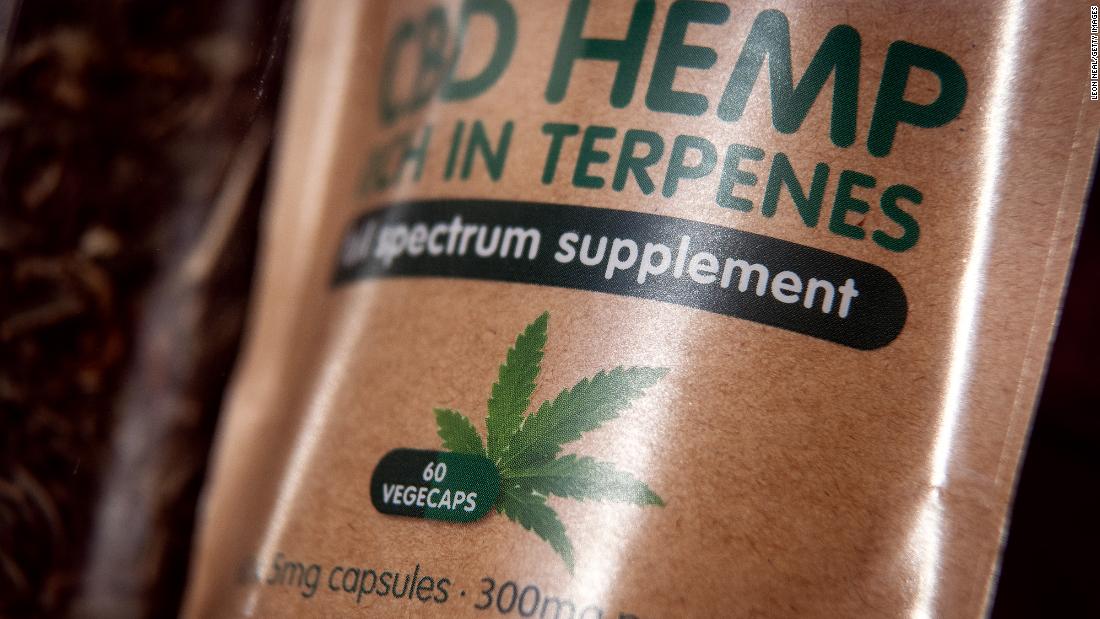