The first thing Barbara Fedders does when she meets clients with juvenile delinquency cases is read their police reports to them.

“I just read it to them because I do not think that they can read it,” said Fedders, director of the Youth Justice Clinic based out of the University of North Carolina at Chapel Hill School of Law. “Well over half of them really struggle.”

Throughout her career, Fedders has seen how reading disability and incarceration are intertwined. It doesn’t end in the juvenile justice system either — a study from 2000 of incarcerated people in Texas prisons found that approximately 80 percent of Texas prisoners were functionally illiterate.

Perpetually behind in their reading, these children experience frustration and embarrassment at being left behind. They act out, either out of frustration or because they’re trying to deflect people from finding out their secret. As they move from one grade to another, they fall further behind, falling through the cracks in the education system, and all too frequently ending up in the juvenile justice system. By the time they meet Fedders, they’ve spent years in school without learning anything because they can’t read, and they’re angry.

“If you fail school all the time, you internalize certain things about yourself that often show up in behaviors,” Fedders said. “And then there are also other kinds of things that are not reading disabilities, like ADHD, people who are on the autism spectrum, etc. That can manifest in behaviors and schools.”

It was impossible for Fedders to ignore the connection between delinquency cases and education. Despite the dropoff in juvenile delinquency referrals caused by the COVID-19 pandemic closing school doors for months, systemic problems still exist for children who can’t read.

Shining a light on reading disparities

Reading disabilities often go unchecked throughout North Carolina’s education system until it’s too late. Amanda Harrison knows how easy it is for a child with learning disabilities to fall through the cracks of the system — because her son almost did.

She advocated for her son, Jay, to get tested for dyslexia and get the help he needed, but the process was expensive and cumbersome. Now she advocates for other children who may not have the same resources as her son to get the help they need as well as a co-founder of Literacy Moms NC.

“I think COVID actually just shone a light on the disparities,” Harrison said. “And people became more aware of what was actually happening in the classroom. But it definitely was bad prior to COVID.

“Now that there’s more awareness around what is actually going on, it is shocking.”

Through Virginia Fogg’s work advocating for children with disabilities at Disability Rights North Carolina, it is not uncommon for her to get the school records of a 12- or 13-year-old who has a record of periodic suspensions from school only to find that child is reading on a kindergarten or first-grade level.

It no surprise to Fogg to learn that the child is acting out.

The reading disparities also run along racial lines. About 70 percent of Black students in grades four through eight across the state were found to be not proficient in their end -of-grade reading exams, compared to about 40 percent of white students.

Often, Fogg meets clients to go over their juvenile justice complaint and realizes they can barely read. Often, they have not even been identified as having a reading disability, she said.

Instead of getting the help they needed, they got a criminal complaint.

Not being able to read isn’t just embarrassing for children, it can be traumatic.

One study from the United Kingdom found that almost two-thirds of a sample of dyslexic adults suffered pos-traumatic stress disorder (PTSD) symptoms relating to school.

Ginny Sharpless, co-founder of Literacy Moms NC, is dyslexic herself. She couldn’t read until she was in sixth grade, and she still remembers how “terrible” school was for her.

Jennifer Delano-Gemzik, a former administrator and educator in eastern North Carolina and a state-certified trainer for Reading Research to Classroom Practice, said kids struggling in school as early as third grade have told her they plan to drop out.

“They think that they are dumb and that they can’t do it,” Delano-Gemzik said, “and so they already know and are planning to drop out.”

School is so humiliating for children with reading disabilities, Sharpless said, that it’s no surprise to her that some children end up in the juvenile justice system.

In addition to being correlated with incarceration, research has found illiteracy impacts health outcomes as well, since patients who can’t read often have a hard time obtaining and understanding basic medical information.

Into the justice system

Even countries that have lower rates of mass incarceration than the U.S., such as Italy, see reading difficulties as a common theme among incarcerated children, said Michele Miravalle, a researcher at the Università degli Studi di Torino in Turin, Italy.

Miravalle has worked with students inside multiple Italian juvenile prisons as a prison observer for Associazione Antigone, a non-governmental organization that raises awareness about the Italian penal system. Many of the children he meets are 17 or 18 years old and didn’t even finish primary school, he said.

“They are just able to read or to write their name,” Miravalle said.

Back in North Carolina, Delano-Gemzik has worked with kids involved in the juvenile justice system starting as early as elementary school. They’re struggling, and the struggles that they have in school can translate also to their behavior outside of the building.

“They feel dumb,” Delano-Gemzik said. “They feel frustrated, and they’re using that behavior outside of school to win some type of power and self-definition.”

When their frustration and anger causes children to commit crimes, they wind up at Fedders’ desk.

She will read their police report to them and try to help them with their case while wishing it didn’t get to this point, wishing that society cared more about these children who were left behind before they became labeled as criminals, as “delinquent.”

The “When kids’ cries for help become crimes” series is part of a data fellowship with the USC Annenberg Center for Health Journalism.
Help us cover health news across North Carolina through our partnership with Report For America. Contribute now to help fund reporting on gender health as well as prison health.

Health benefits of CBD gummies are unsupported by scientific evidence; Shark Tank and other TV personalities didn’t endorse them 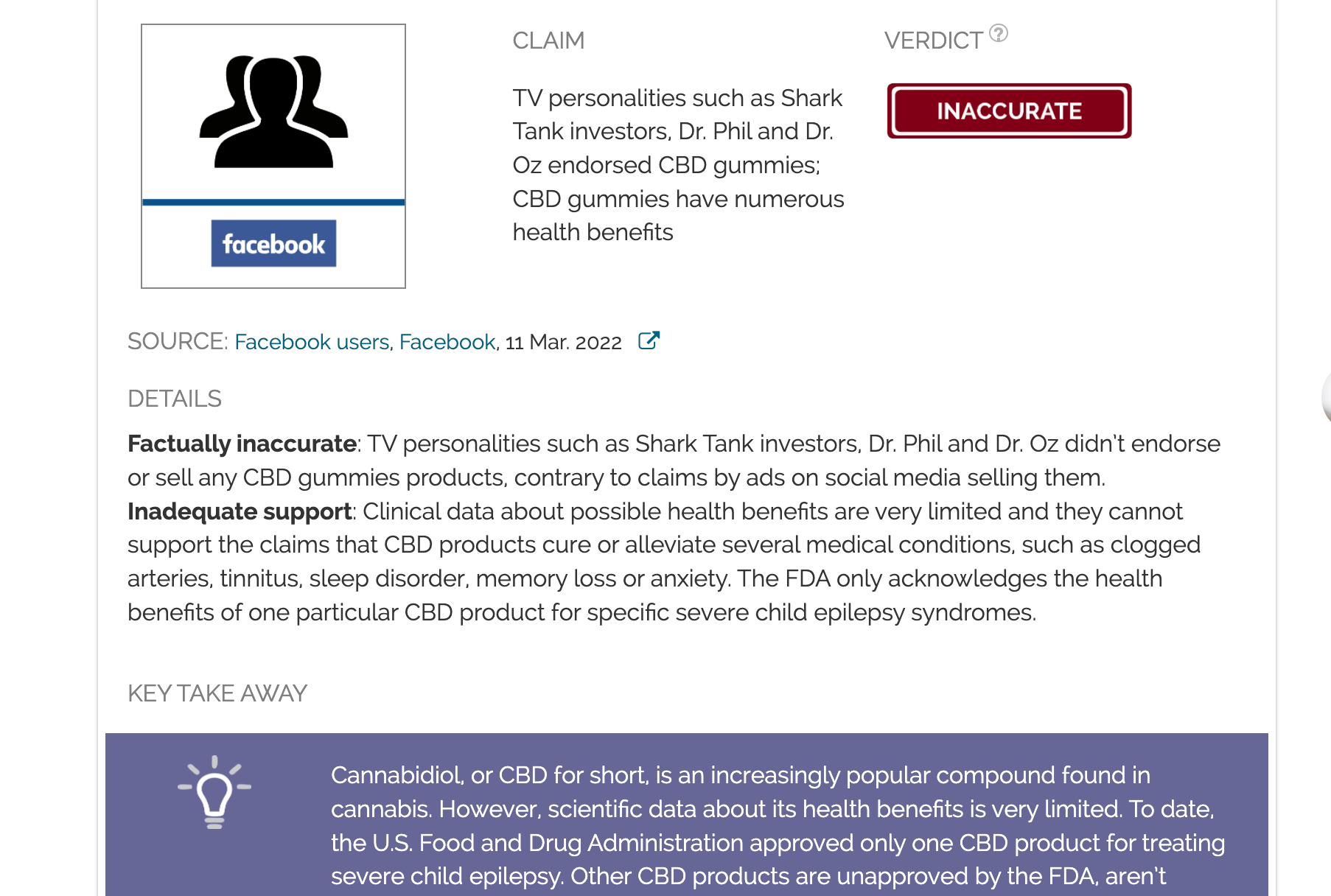