When Shital Patel accompanied her husband Henry to a dental appointment in Leland on July 30, 2020, she was told it would not be long before he returned to the lobby of Mark Austin’s oral surgery practice.

Hemant “Henry” Patel, a cardiologist with ties to the New Hanover Regional Medical Center, had gone to Austin Oral and Maxillofacial Surgery for a tooth implant procedure.

“They told me, it’s going to be 20 minutes ma’am, he’ll be in and out, no problem,” Patel recounted to the North Carolina State Board of Dental Examiners at a meeting in February. “Twenty, 30 minutes go by, I ask, ‘Hey, can you update me?’ They said, ‘Oh we got a late start,’ which I completely understand being married to a physician. Wait another 15, 20, 30 minutes, and I ask again. They say, ‘We already told you, we got a late start.’”

“The next time I asked, I demanded ‘I want to see my husband,’” Patel told the board at its Feb. 3 meeting. “That’s the point they stepped out and they started ushering everyone else out of the lobby except me, and that’s when I started rushing through the door. And as soon as I got past that, there were more people to stop me, and all I ask is: ‘Is he breathing? Is he breathing?’ … They’re like ‘ma’am, we’re on it. We have a crash cart. We called 911.’”

Henry Patel, 53 years old at the time, died5 from anoxic brain injury four days later on Aug. 3, 2020 in New Hanover Regional Medical Center, leaving a wide swath of mourners in the hospital, in the Wilmington area and around the world.

His death also sparked an investigation that led to Austin’s permanent surrender of his dental license and a push for changes to sedation rules that have been contentious among some in the oral health profession.

State Sen. Mike Lee, a Republican from Wilmington, put the wheels in motion in May last year after learning about Patel’s death and the sedation procedures in place at Austin’s practice.

Austin was licensed to practice dentistry in North Carolina on July 17, 2001, according to the dental board order in which he consented to surrender his license. He was issued a permit on April 7, 2014 to administer general anesthesia.

Austin administered anesthesia to Patel on July 30 before and during the implant procedure. Toward the end of the procedure, Patel’s oxygen saturation levels and his heart rate dropped to dangerously low levels, according to the order, and remained in that life threatening stage for at least 20 minutes.

During that time, Austin tried unsuccessfully to insert an endotracheal tube to open Patel’s airway before calling 911, but according to the order, he didn’t attempt CPR or take any actions to restore his heart rate.

By the time paramedics arrived, Patel did not have a pulse, the dental board’s investigation found. With their specialized equipment, the emergency workers were able to open an airway and do CPR, getting enough of a pulse going again to transport Patel to New Hanover Regional Health Center.

He survived there for only four days.

Lee, the senator from New Hanover County, informed the board last year that if its sedation rules were not amended through a process that requires review by legislative staff, public comment periods, hearings and a rules commission review, he would put forward a bill in the General Assembly to develop different standards of care.

The board formed committees and considered and put forward a proposed rule change that among other things requires oral surgeons to have a certified registered nurse anesthetist (CRNA) or an anesthesiologist in the room any time a patient is put under deep sedation.

Rob Harper, a cardiologist in Wilmington and a friend of Patel’s, joined his fellow cardiologist’s widow at the dental board meeting in February at which the public could comment on the proposed rule changes.

Many oral surgeons came out to protest the requirement that a CRNA or anesthesiologist be present whenever deep sedation is administered. They described what happened to Patel as a rare occurrence and the oral surgeon who surrendered his license as an outlier. The consent order also noted that Austin had failed to keep track of the narcotics in his office, had improperly prescribed them to his staff, and had used them himself. As part of the consent order, Austin agreed to participate in a program for health care professionals with substance use problems.

There have been six sedation-related deaths in North Carolina dental offices since 2014, according to Bobby White, the board’s chief executive officer. In each case, dentists were found to be in violation of the rules in place at the time.

Oral surgeons and others described the controversial part of the proposed rule change as an overreaction to an anomaly.

“No one should ever die in a dentist’s office from sedation-related complications,” Harper said.

Sedatives such as ketamine and propofol should not be administered in an office setting, Harper contended. The drugs are used to reduce a person’s level of consciousness, to lower levels of nervousness, agitation and irritation, and are used together in emergency rooms.

“Henry’s death has cast new light on what I believe to be a dangerous practice,” he said. “But let me be clear. This is not just about the case of Henry Patel. This is about the use of potent anesthetic agents in the office setting and the ability of dentists to recognize and rescue patients from emergency situations.”

Wes Parker, an oral surgeon who works in Bermuda Run, Clemmons, Elkin, Statesville and Winston-Salem, provides care to children, elderly residents and people with special needs in the western part of the state who qualify for Medicaid. He also tends to the oral surgery needs of people with private insurance.

Having a separate CRNA or anesthesiologist on-site, he said, would be cost-prohibitive for many of his patients. There are no outpatient surgery facilities in Davie County, where the Bermuda Run office is based. If he had to go to Novant, where he has privileges, it could take up to four weeks to schedule elective surgeries.

“It will pose an undue hardship on patients,” Parker told the board.

Maya Martin and Chris Martin, a husband-wife team at Village Dental Family and Sedation Care, encouraged the board to add another profession to the list that oral surgeons could choose from when administering deep sedation.

Their practice uses EMTs, who are trained in emergency airway management. They provide care to a lot of people who show up at a dentist’s office with fear and anxiety. Providing sedation, they say, can be the difference between easing those patients into care or scaring them off with heightened fears and anxieties after an uncomfortable experience.

If the proposed rule change continues on a path toward adoption without any bumps on the road ahead, the new sedation rules would go into effect no earlier than May. Rulemaking in North Carolina is anything but a linear process. State law requires that a rule-making body file any proposed rule to the state Rules Review Commission. If the commission adopts the rule and 10 or more people object to the rule in writing, requesting legislative review, the rule could bounce to the General Assembly where it can again be derailed.

Patel plans to continue to advocate for the changes.

“When tragedy hits us, we do not sit back, we do not let others tell us they’re doing a great job, although there’s got to be so much change here,” Patel said.

Though North Carolina would be the only state in the country to require a CRNA or anesthesiologist to be present for deep sedation procedures, Patel disputes the notion that her husband’s death was an outlier.

“It’s not just outliers,” Patel said. “It’s something that needs to be changed on a national level, and I know a lot of you say none of the states are doing it. Well, you know what, North Carolina will be our first. We can make a difference right here and we should.”

Henry Patel was described in obituaries as a passionate man who cared about his patients long after they no longer were in his care. His family described him as being full of life, a man of many interests and friends. As a child, he traveled between India and the United States. His interest in medicine was kindled when he was in the ninth grade.

“Even though my husband was a physician, he never once considered, I better ask about anesthesia when I go to my dentist,” Patel said. “I never expected to walk out of there being a widow at age 47.”

Fri Mar 11 , 2022
Virtually every person ordeals soreness from time to time. Suffering is the body’s technique of warning that something is amiss when people today cut their fingers or tear a muscle. People will no longer be in pain after the harm has healed. Continual ache is distinct—the body aches for months, […] 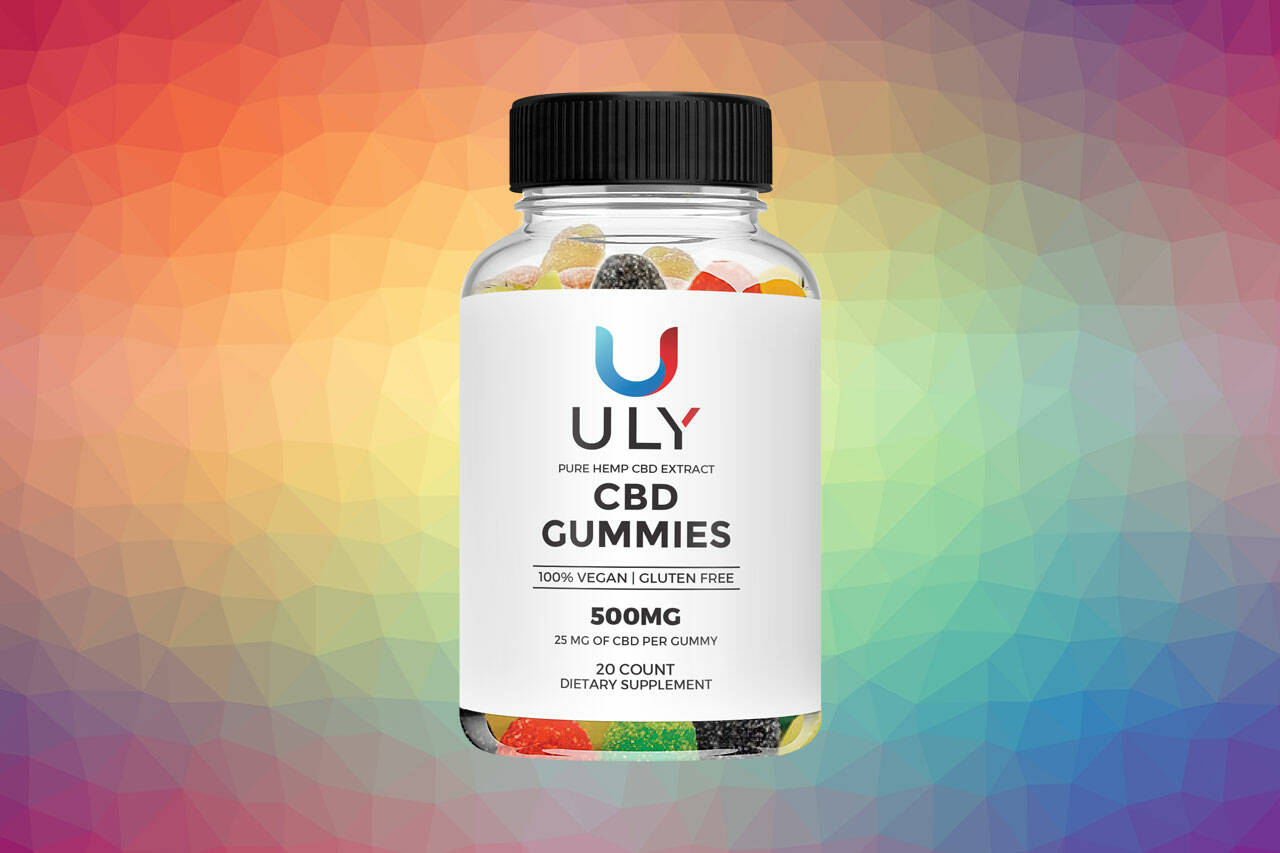