What a difference a decade can make.

Republican lawmakers raised a ruckus 10 years ago when officials from the state Department of Health and Human Services informed them that North Carolina had spent millions of dollars more than projected on the Medicaid budget.

But this month, when Dave Richard, the DHHS head of Medicaid, informed state lawmakers at a Joint Legislative Oversight Committee on Medicaid and NC Health Choice that Medicaid expenses were running higher than expected for the fiscal year ending in June, no similar outcry occurred.

That shortfall in a $4 billion budget could top $100 million, Richard projected. Though it’s a small percentage of the overall budget, the dollar figure can be eye-popping, nonetheless.

There are many reasons for the extra expense, including the pandemic and all the unexpected and related health care costs.

In the spring of 2020, as historic questions about the pandemic loomed, Congress took huge steps to do away with barriers to treatment for the novel coronavirus.

Republicans and Democrats pushed aside the hyper-partisanship that often plunges big bills and critical issues into a quagmire. Unaware of what lay ahead for the next two years, Congress came together to adopt the $2 trillion  CARES Act.

Tucked into the massive relief bill was a measure forbidding states from removing people from Medicaid rolls if they had suddenly qualified for the benefit because of job loss or other reasons during the pandemic.

That applies throughout the duration of the public health emergency. No beneficiaries can be removed from Medicaid rolls until the end of the month in which the emergency expires.

Usually, low-income workers in North Carolina don’t qualify for Medicaid. Most enrollees are children whose families barely make a living wage, people with disabilities and elderly people with little to no built-up wealth.

In North Carolina, however, some low-income parents with children younger than 18 can be enrolled in the program for as long as their child qualifies.

More children qualified too, but since most children in the state already had some form of health insurance — whether Medicaid or otherwise — that part of the program hasn’t had the same rapid growth.

All those extra people added to the program’s cost, Richard told lawmakers, leading to the news that Medicaid would be over budget for the first time in years.

“The forecast was much more difficult because we were doing this in the middle of a pandemic,” Richard said. “And we were moving into managed care.”

Nine months ago, the state changed how its Medicaid system was administered, moving from an in-house, fee-for-service program to a system run by large commercial managed care companies.

Republican lawmakers pushed for the change not long after making political noise about the budget overrun in 2012, claiming mismanagement of the system after the Medicaid expenses outpaced what had been budgeted.

“There are certain things … we didn’t recognize,” Richard said. “The enrollment projections are higher than we thought we would be.”

“We thought at some point, this would even off quicker than it did,” Richard added.

Not only did North Carolina see its Medicaid beneficiary numbers explode, the federal and state government allowed rate hikes for health care providers during the pandemic.

While the federal government pays an enhanced rate of more than 72 percent of the state’s Medicaid costs currently, there are still expenses that the state has had to bear.

Skilled nursing facilities got a bump up in rates to help them hire more personnel. Hospitals got a rate hike to help them cover the costs of personal protective equipment, staffing and long hospital stays by uninsured COVID patients. There also were extra costs for just about everything related to the pandemic.

“We did do a lot of those COVID temporary rate increases that we’ve talked about,” Richard said. “And they stayed on longer than we planned.”

Nonetheless, Richard assured lawmakers that he was confident that the spending trends were “going the right direction.”

One reason for his confidence is that there are also one-time federal pandemic funds still sloshing around in the state budget to cover gaps that might arise because of the pandemic.

Another reason for his confidence was that NC public health officials thought at the time that the end of the federal public health emergency was to occur in the middle of April.

During a pandemic with so many curves, many know to expect the unexpected.

On the same day that Richard met with state lawmakers, federal Health and Human Services Secretary Xavier Becerra pushed the end out to mid-July, meaning that the bumped-up rates and the extra people would remain on North Carolina’s Medicaid balance sheets for an additional 90 days.

A decade ago, Medicaid was over budget for several years in a row and Republican lawmakers roundly criticized the program as wasteful.

This year, criticism of cost overruns has been muted, if there at all.

“I do believe that all forecasts have one thing in common, they’re all wrong in normal circumstances,” said committee co-chair Sen. Jim Perry (R-Kinston) in an interview after the committee meeting. “I think they’ve done as good of a job as they could, under those circumstances, to forecast, I think it gets better over time. And, you know, we’ll be able to make some adjustments together.”

Perry noted many health care entities’ additional expenses that were mandated from both state and federal lawmakers in order to respond to the pandemic.

“It does no good to, you know, be upset about where we’ve ended up and pointing fingers,” he said. “There’s people that need care, there are issues that need to be addressed.” 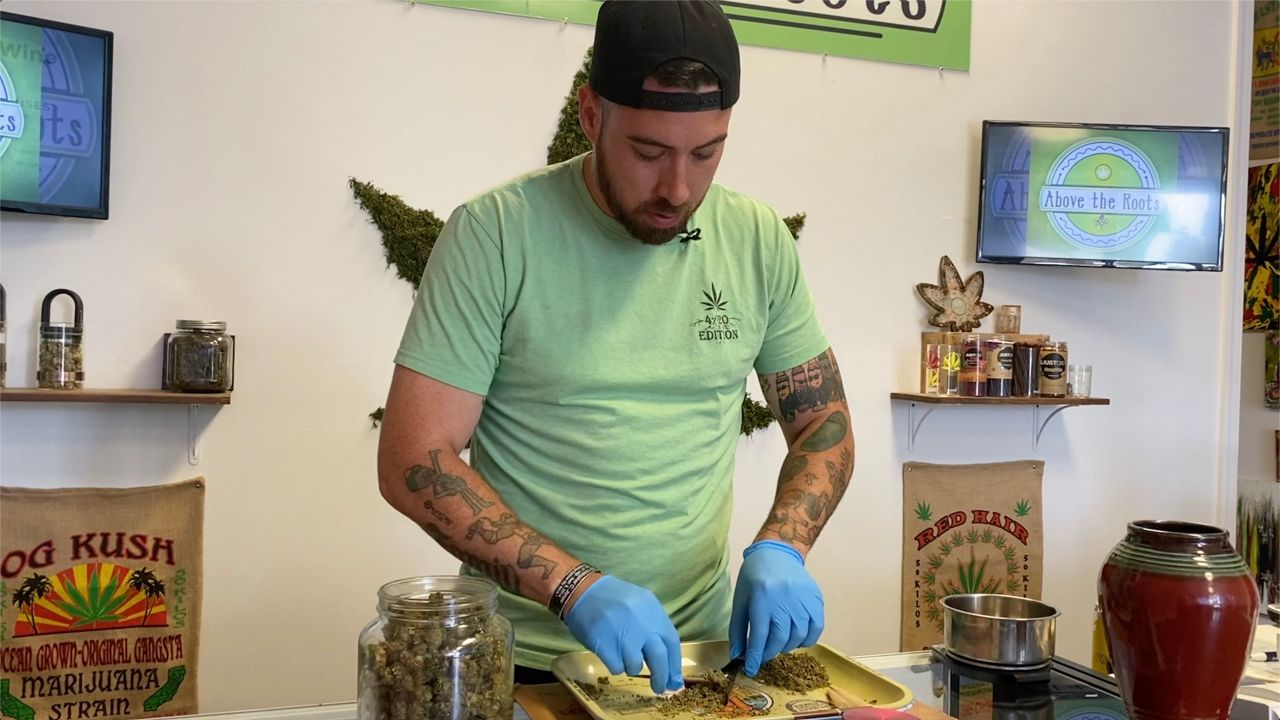