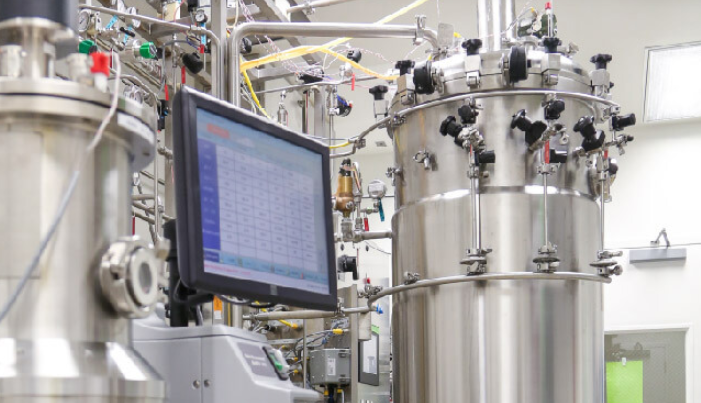 GMP-Source (GMP-S) plasmid DNA may be produced to standard or configurable requirements and is a quicker, more affordable substitute for GMP plasmid manufacturing. GMP-Source plasmid DNA can be used as an essential or auxiliary raw material to produce protein and virus candidates for clinical trials by adopting the most pertinent aspects of GMP production, such as traceability, document control, and materials segregation.

The advancement of biologic medication production relies heavily on plasmid DNA. The creation of vaccines and next-generation cell and gene treatments depends heavily on it today. With its expertise in plasmid DNA production, Aldevron has aided in developing these crucial treatments. The company keeps investing in new technologies and capacities to serve biopharma producers in the future.

Why are plasmids important?

In all bacterial species, plasmids are tiny extrachromosomal double-stranded DNA units with a characteristic circular shape. They can replicate themselves and function independently of chromosomal DNA. Usually, plasmids include a small number of genes that produce proteins for cellular functions essential to bacterial life. Many are engaged in constructing antibiotic resistance, breaking down foreign objects, and eliminating other bacteria. The ability to acquire them from the environment and transfer them across bacteria via horizontal gene transfer (HGT) creates a special non-sexual method for genetic information transmission between individual bacteria and across species boundaries.

1.   They are easy to manipulate

Since 1967, when plasmid DNA was first discovered, scientists from several fields have been experimenting with it. Because they are durable and simple to change genetically, plasmids are appealing as tools for genetic engineering. They are generally simple to handle since they have 1,000–30,000 DNA base pairs. They can easily insert new DNA sequences into preexisting plasmid backbones since they do not deteriorate when cut and can revert to their previous structure. Growing a lot of bacteria is also a good way to generate a lot of DNA since bacteria self-replicate in their cells.

2.   They are used to manufacture vaccines and for gene therapy.

In 1991, scientists investigated how plasmid DNA might be used in gene treatments. Plasmids are appealing compared to recombinant viruses because they can transport significant amounts of DNA while posing a minimal risk for oncogenesis and immunogenicity. They also tend to be relatively stable and are simpler to produce in large quantities. When utilized in vivo, they are regrettably ineffective gene transfer vectors. Today, viral vectors—created using a variety of plasmids—are used to deliver the majority of gene treatments.

Similar to gene treatments, plasmids eliminate the need to handle or introduce infectious agents into the body. They are also stable and can be quickly produced in huge quantities. However, they often result in weakened immune responses. For a variety of illnesses, including infectious ones like HIV-AIDS, Ebola, malaria, and influenza, as well as malignancies and neurological disorders, DNA vaccines are being developed.

One of the most fundamental plasmids utilized in the cloning experiment, the cloning plasmid, has an antibiotic resistance gene, the origin of replication, and MCS.

A modified viral genome, sometimes known as a viral plasmid, is used to introduce a particular gene into the host genome. It is possible to do gene therapy research using the viral plasmid. AAV and retroviruses are often used.

This form of the plasmid is used to investigate the function of a gene.

This type of vector, or plasmid, is used to study the expression of a target gene.

Single-gene illnesses can now be avoided with the use of gene therapy methods.

In recombinant DNA technology, the manufacture of insulin is one of the most well-known applications of plasmid or vector DNA. The plasmid DNA artificially generates therapeutically effective medicines and proteins outside the cell.

Recombinant DNA technology is also used to transfer the gene for various reasons, including the creation of GMOs, GMPs, and other resistant kinds of plants. Additionally, the creation of knockout mice and gene knockout research also involves plasmid DNA. Aside from this, gene mapping and gene cloning are other processes that involve plasmid DNA.

In conclusion, in genetic research, plasmid DNA is one of the critical components. Researchers are currently working to develop gene therapies involving viral vectors or other plasmid DNA for treating diseases like cystic fibrosis and Huntington’s disease.