Martha Jean Williams, 57 at the time, dismissed all of it as routine aging.

Months later, in October 2012, she went in for a regular checkup with her doctor.

It turned out that she should have been more worried about the spotting. She had gone through menopause at age 50. In the seven years since she experienced no bleeding at all — until March.

“I remember asking three different women about it because I’d already been through menopause,” Williams said. “They said, ‘Oh, no big deal. I bleed all the time.’ It wasn’t heavy or anything and it wasn’t every day, so I just ignored it.”

When she mentioned the light spotting to her doctor, he had a different reaction — one of concern. He told her to get a biopsy.

The result came back: she had endometrial cancer, also known as uterine cancer.

The news was a shock. It was only the third time in her life that she’d been sick beyond a cold. This type of cancer was unfamiliar to her, even though endometrial cancer is the only major cancer type that is increasing in both frequency and mortality.

“I had no information whatsoever, had never had a conversation about uterine cancer,” Williams said. “I don’t know that I had even heard of it before I had it. I had heard of breast cancer and ovarian cancer, but this, no.”

Williams, who lives in New Orleans, did not find out about the stark racial disparity in endometrial cancer outcomes — one of the largest disparities for any cancer type — until years later when she joined the Endometrial Cancer Action Network for African-Americans in 2018. ECANA is a national group of patients, doctors, survivors, community advocates and professional leaders committed to the single purpose of improving the lives of Black women affected by endometrial cancer.

Black women die of uterine cancer at twice the rate of white women, and the reasons for the disparity remain unclear.

That’s an unacceptable fact for a group of researchers and clinicians at UNC Lineberger Comprehensive Cancer Center. That’s why they have research underway to investigate many factors such as tumor biology, access to care, and lifestyle and behavior that may play a role in survivorship.

The goal is to acquire vital knowledge that can be used to improve endometrial cancer outcomes and close the racial disparity gap.

“I think that endometrial cancer is probably the greatest cancer disparity in North Carolina, so it’s kind of about time that we paid attention to it now,” said Victoria Bae-Jump, director of UNC Lineberger’s Endometrial Cancer Center of Excellence and a gynecologic oncologist. “It’s on the rise both in frequency and mortality.”

Hazel Nichols, an associate professor in the epidemiology department at UNC-Chapel Hill’s Gillings School of Global Public Health who researches cancer, says it’s common for people to be diagnosed and say they have never heard of endometrial cancer, also known as uterine cancer, prior to the diagnosis. Nichols said this cancer type hasn’t gotten the national and local attention it deserves.

After all, it’s a cancer everyone with a uterus should know about.

For many other cancers, researchers have been successful in seeing overall declines in incidence and mortality rates as well as in reducing the gap between Black and white patient outcomes, said Nichols. Yet she said these improvements have not occurred with endometrial cancer primarily because it’s been underfunded and understudied.

Uterine cancer has consistently ranked at the bottom of research funding by cancer type. The National Cancer Institute reported spending an estimated $13.6 million on uterine cancer research in 2020, a drop from $18 million in 2019. The only cancer type with less NCI funding in 2020 was stomach cancer, which received $10.6 million. In comparison, breast cancer received more than half a billion dollars in research funding.

“Every year we have more deaths, we have more women diagnosed, and we don’t really completely understand why,” said Bae-Jump, the center’s director who was elected co-chair of the National Cancer Institute Gynecologic Cancers Steering Committee’s Uterine Task Force in May.

One ambitious statewide, population-based study, the Carolina Endometrial Cancer Study, seeks to find answers, and it’s casting a wide net to do so.

Researchers are seeking to enroll about 1,800 adults ages 20-80 living in any of North Carolina’s counties at the time of their recent first diagnosis of endometrial cancer to learn why people have different outcomes and experiences. Women of all races will be enrolled, but the study has a particular target of enrolling at least 500 Black women.

“The overarching goal is to address why are endometrial cancer outcomes worsening? And then why is that worsening particularly striking for Black women?” Bae-Jump said.

Past studies have identified potential drivers of the racial disparity, including that Black women are more likely to be diagnosed with advanced-stage cancer, have a greater prevalence of health conditions and are less likely to undergo surgery to treat their cancer.

Bae-Jump suspects the answer will be multi-pronged. That’s why the study is examining both biological factors and social determinants of health in its search for answers.

“We’re trying to bring to bear all the different disciplines of public health and medicine so that we get this fuller view of the contributors to an endometrial cancer diagnosis and survivorship,” Nichols, one of the study’s principal investigators, said.

The first endometrial cancer patient was enrolled in the study in February 2021, Bae-Jump said, and she expects it to take four to five years to enroll the target number of study participants. Investigators identify potential study participants from the North Carolina Central Cancer Registry.

Participants are first asked to complete a thorough survey that includes questions about family history, medical history, lifestyle, treatment and access to care.

“We’re asking not only the questions that the scientific community thinks are important but that the women who are living with this diagnosis think are important,” Nichols said.

Participants are also asked to provide consent for researchers to obtain their medical records, a sample of stored tissue from diagnosis or treatment and a saliva sample through a self-collection kit. With permission, study staff will follow up with participants annually for about five years to ask about treatment status and quality of life.

This study is modeled after UNC Lineberger’s Carolina Breast Cancer Study, which is a population-based study that began in 1993 and continues today, producing more than 200 published research findings over that time. The study examines how the causes, treatment and long-term outcomes of breast cancer differ between Black and white women.

UNC Lineberger is also embarking on a study led by Bae-Jump looking at the impact of race and the microbiome — the microorganisms such as bacteria, fungi and viruses living in a person — on the progression and treatment of endometrial cancer. The gut microbiome is known to affect biologic pathways for both obesity and cancer, but this research seeks to determine whether there is an inter-relationship between the gut and uterine microbiome, racial disparities, obesity and endometrial cancer.

It’s too early to tell what the results of the Carolina Endometrial Cancer Study will be but those involved are hopeful it will lead to long overdue progress.

“We’re also hoping that some of the survey data will give us information that we can bring directly back to participants to see if there are things that they can choose to do in their own lives, whether that’s getting involved with specific organizations or starting walking regimens or other things that have helped other women in North Carolina.”

And progress is all that Williams, an endometrial cancer survivor, wants.

“I was like speechless thinking, could I have not even been on this journey had we had better information?” Williams said.

She can’t help but think, if there had been better information, would she have taken her light spotting more seriously? Would she have had a hysterectomy sooner? Would there have been a need for the six weeks of radiation and months of chemotherapy  —  treatments that nearly killed her?

Wed Jul 27 , 2022
Seth Singer of Salem, Oregon, was identified with psoriasis at 18. After several years of topical steroids, phototherapy, and countless dermatologist appointments, he resolved to attempt a various technique to managing the affliction. “Treatment was wearisome, and I was continually on the lookout in mirrors to see if my eyebrow […] 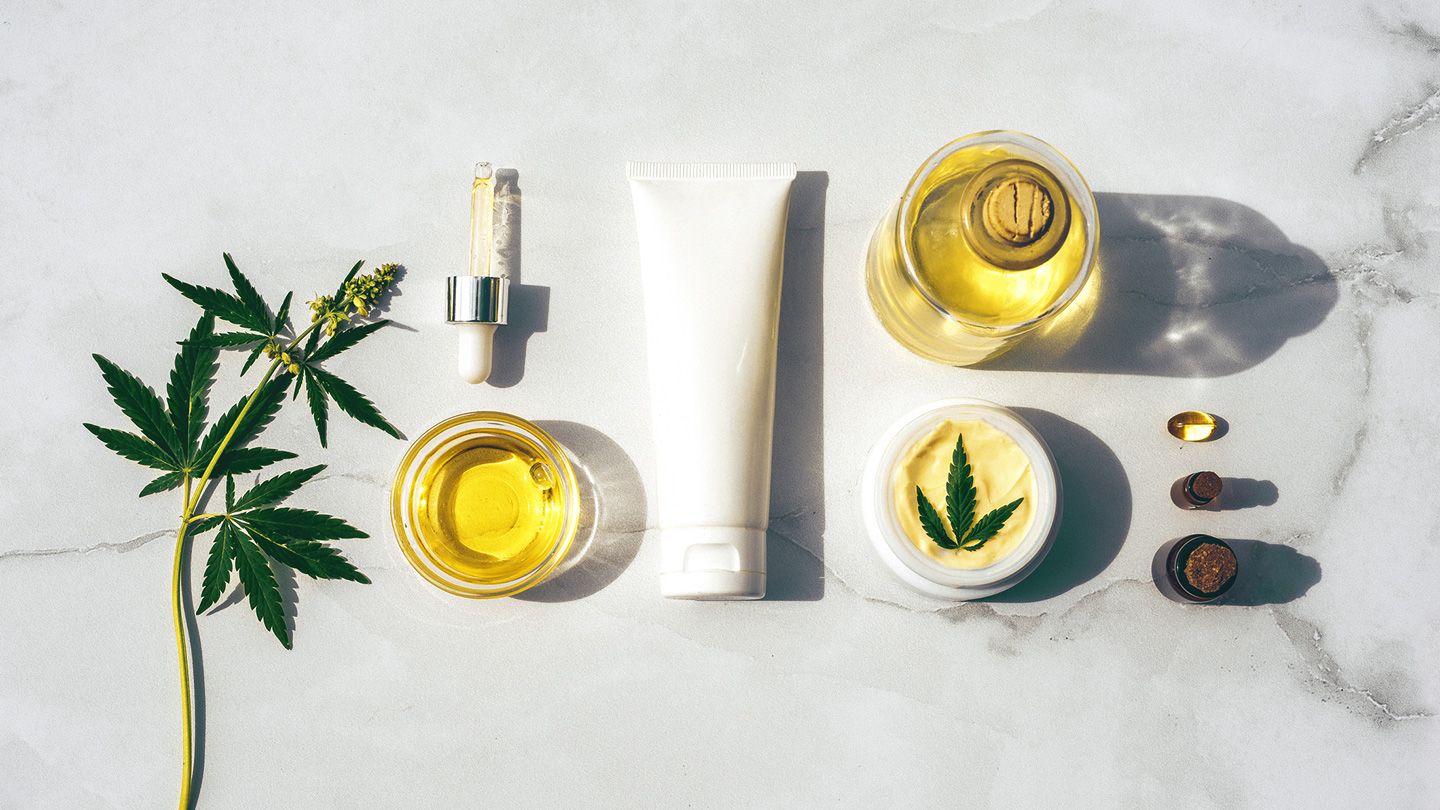