About 1.7 million people in the state have experienced a change to their insurance in the seven months since North Carolina began its switch from a Medicaid system administered by the state to one managed by five for-profit organizations (and one by the Eastern Band of Cherokee Indians for tribal members).

Despite a marketing push and outreach efforts, a quarter of people with Medicaid didn’t know about the transition back in July according to a study from an advocacy group. And now, more than half a year in, data from the Medicaid Ombudsman’s office — which fields and investigates questions from people with Medicaid — show that thousands are still confused about the technically public insurance, which now looks and acts a lot like private insurance.

The Ombudsman opened cases for about 6,200 callers. Around 2,800 of those people reached out for general educational information, or to make a complaint. A good chunk called to change their plan, while nearly 10 percent called to discuss “access to care” issues and 184 people called about problems with non-emergency medical transport.

Bumps were expected during the start of the transition. Those at the state level have argued the change will be worth it for the budget predictability and improved health outcomes they believe will come under managed care. With the new system, the private plans receive a flat per-person rate, which state health officials argue will encourage the organizations to invest in whole-person health and lead to better health outcomes for patients.

Still, some providers worry cuts to reimbursement rates will come in the future, which will lead fewer providers to accept Medicaid. Stacy Kozlowski, a pediatric occupational therapist in Johnston County, said she’s had increasing issues with service denials.

“Things were supposed to be unchanged for the first year. Already we’re seeing that’s not the case,” she wrote in a text.

More than anything, people are worried that the neediest Medicaid recipients will be lost in the shuffle.

“From a business perspective we can survive,” Kozlowski said. “The increased overhead is burdensome, but the kids will suffer.”

Judging from the numbers to the Ombudsman, people across the state are struggling with the transition at similar rates, some rural residents more than others. Of Hyde county’s 696 managed care beneficiaries, 9 called the Ombudsman’s office — meaning, 1.3 percent of enrollees, the highest call rate. Similar rates are seen in Martin (1.15 percent) and Mecklenburg (1 percent) counties.

While some calls involved multiple managed care organizations, when broken down to include only calls involving individual plans, the greatest percentages came from those enrolled with UnitedHealthcare (.18 percent) and WellCare (.18 percent). The complaints represent a very small portion of overall members, though they are higher than complaint rates from the other managed care organizations across the state.

The N.C. Department of Health and Human Services has documented other issues with UnitedHealthcare’s MCO plan. In September 2021, the department reported that 15 percent of people enrolled in United’s plan who live in eastern North Carolina do not have an in-network hospital within 30 minutes, putting it out of step with the standard plan network adequacy standards.

The state’s Medicaid dashboard lists each MCO and the top three reasons the organizations denied claims in November 2021. The data is broken down into claims submitted by smaller medical offices or solo practitioners (listed as professional claims), institutions, and pharmacies. Some of the most common reasons include failure to obtain prior authorization, service billed for not included within the contract, billing provider not enrolled in Medicaid and many more.

There are two Medicaid Ombudsman: one helps patients navigate the transition to managed care, while the other helps providers. People with Medicaid can call 877-201-3750 on weekdays from 8 a.m. to 5 p.m.

Health care providers should contact [email protected] or 919-527-6666 with any questions.

Of the denials listed, UnitedHealthcare, which covers the entire state, has the highest number at about 130,100 — nearly 30,000 more than the denials listed from the next highest MCO, Amerihealth Caritas, which also insures people statewide.

Before the transition, health advocates honed in on one predictable issue with the transition.  They were concerned that the 1 million people who are supposed to stay on the state-run Medicaid Direct — those with significant mental health needs, developmental disabilities, children in foster care, and people on certain Medicaid waivers — might be incorrectly switched to a managed care plan.

“When we were working with the department on the implementation of all this, one of the things I raised with them was, how are you going to identify all these people?” said Doug Sea, the director of the Family Support and Health Care department at the Charlotte Center for Legal Advocacy. He’s worked in public benefit law since the 1980s.

One answer is the “Raise Your Hand” process: if a person was incorrectly switched to a managed care plan, they or their health care provider needs to fill out a form and request to be switched back. The Medicaid Enrollment Broker — another child of the managed care transition — is supposed to help beneficiaries with this process, along with any other person on Medicaid who has questions about how to choose a plan.

Do you have Medicaid? Send an email to [email protected] and tell me how it’s going: What questions do you have? What services are you struggling to get covered? Are there enough doctors in your area who accept your plan? I want to hear it all.

Maximus, a for-profit company that earned $4.2 billion in revenue last year, was awarded a base $17 million contract with DHHS to be the Enrollment Broker in 2018. According to the company’s 2021 filings with the Securities and Exchange Commission, 39 percent of its revenue comes from state agencies.

During the five months for which NC Health News reviewed data, 169 callers to the Ombudsman’s office requested to stay on Medicaid Direct, and 94 were referred to the “Raise Your Hand” process.

It’s not a huge number, but those who were supposed to be exempt from the managed care transition are those with significant needs, meaning that figuring out how to switch one’s self back to Medicaid Direct is yet another thing to do on a long list of needs. Luckily, once the process is initiated, a spokesperson from DHHS said the switch happens within 24 hours.

But, there’s still one more barrier: if a person’s Medicaid eligibility will soon be under review — as happens once a year — the automated system does not allow their transfer to be processed.

The Medicaid Enrollment Broker can be reached at 1-833-870-5500. This brochure lists the different agencies people with Medicaid can contact about various issues.

“Beneficiaries who have not been redetermined [as] eligible are unable to make that change until after their redetermination is complete,” wrote DHHS spokesperson Summer Tonizzo.

“There’s just a whole host of ways this can go wrong,” he said.

Wed Feb 9 , 2022
Share on PinterestA latest research investigates links in between hashish use and repeat strokes. Alba Vitta/Stocksy Cannabis is the most commonly employed drug in the United States. 3 in 10 men and women who use the drug have hashish use disorder, which quantities to 4 million folks in the U.S. […] 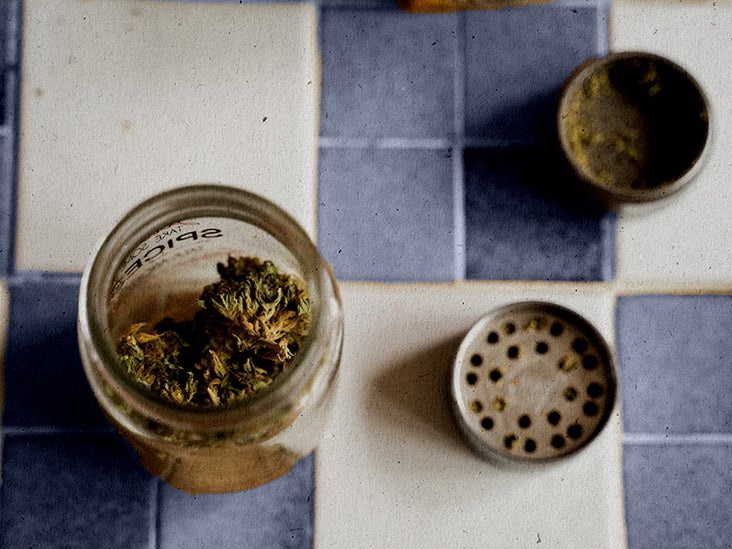