Over two years into the pandemic and over a year since the COVID-19 vaccinations rolled out, millions of people are still nursing themselves in the aftermaths as they recover from spike protein injuries, whether it be through COVID-19 or vaccinations.

Many doctors put together recommendations on treating long COVID and vaccine injuries based on clinical observations and published research.

Ivermectin, low-dose naltrexone, and resveratrol are on the top of the list as the go-to treatments. These treatments have been found to be the most accessible, and generally brings out a positive response. They are classified as the first line treatments by Front Line COVID-19 Critical Care Alliance (FLCCC).

However, a smaller group of people may not respond to the typical first line treatments or may respond with remaining unresolved conditions.

That is when doctors bring out treatments considered “second-line.” These treatments are typically more aggressive and targeted, meaning that it could work very well but for a smaller group of people. They can also be more expensive and harder to self-administer.

Dr. Yusuf Saleeby, integrative medical doctor and the director of Carolina Holistic Medicine shares with The Epoch Times on some of the treatments he would consider second line that he uses in his clinic.

Saleeby, along with other doctors treating spike protein injury including Dr. Paul Marik and Dr. Pierre Kory, both previously interviewed by The Epoch Times, understand spike injury as a syndrome rather than disease since it is precipitated by dysfunctions in many overlapping pathways.

Dr. Paul Marik was a former professor of medicine and the chief of pulmonary and critical care medicine at Eastern Virginia Medical School. Dr. Pierre Kory was the former chief of the critical care service and medical director of the Trauma and Life Support Center at the University of Wisconsin.

Therefore, treatments for spike protein-induced disease aims to address the overlapping mechanisms to resolve the system together.

The first line of treatments particularly focus on promoting autophagy to clear out the spike protein, the second line of treatment are more directed at reducing its toxicity by resolving the different pathways.

Methylene blue (MB) has been recommended by many doctors as a priority second line treatment due to its antiviral, anti-inflammatory, and antioxidizing properties.

“It’s kind of an interesting compound,” said Saleeby. MB started its life as an industrial dye for textiles, it was later used to stain cells under the microscope, and scientists noticed that parasites would die when stained with MB.

MB has been used to treat malaria, urinary tract infections, and is the most well known for its use in methemoglobinemia, a condition where the red blood cells cannot carry oxygen due to the loss of an electron on its iron group.

First line treatment focuses on clearing out spike proteins, and MB is also able to help spike-infected cells remove spike protein by degradation and recycling of cellular and mitochondrial materials. These two processes are also known as autophagy and mitophagy respectively.

MB can also bind to spike proteins, prevent their entry, and neutralize spike toxicity. Most importantly, it has specific roles in restoring mitochondrial function, improving the health and energy of the cells.

MB is an antioxidant and prevents damage by neutralizing reactive oxygen species. Mitochondria are also the greatest producer of these oxygen species, particularly when they’re stressed. MB therefore can neutralize the damaging oxidants they produced, preventing further damage and stress.

MB can also donate its own electrons to mitochondria’s metabolic pathway to promote energy production.

MB is therefore highly useful for restoring mitochondrial dysfunction and cellular health. Since it improves cellular function, it is also neuroprotective, with studies suggesting that it may reduce cognitive decline.

It is recommended to alleviate neurological symptoms related to brain fog, fatigue, memory, and cognition, which are common spike injury symptoms.

Additionally, MB’s function as an antioxidant also enables it to contribute to anti-aging.

A laboratory study on human skin cells showed that the cells exposed to MB increased in proliferation and also had delayed senescence. Another in vitro study found that MB reduced DNA damage in human cells when they were exposed to ultraviolet light and therefore reduced cell death.

The product is highly accessible, however people wanting to take MB should take care that they are using pharmaceutical grade MB rather than industrial or research grade.

“You can get the dye at the industrial level that they use as a dye which could be contaminated with heavy metals and a lot of other junk,” said Saleeby, “Then there’s research grade, to be used in vitro and things for research.”

The safest grade are those that meet the standard of the United States Pharmacopeial (USP) Convention.

“There are a couple of places you can get [purchase] that or you can have it compounded at a compounding pharmacy, [the pharmacist can] just write a prescription for say, a 30 ml bottle of 1 percent methylene blue solution and that will be for human consumption or veterinary consumption.” said Saleeby.

Colloquially known as the love hormone, oxytocin is often associated with happiness, love, and emotional bonding.

However, oxytocin does not only affect the brain but also has receptors in heart, kidney, uterus, breast, and the testes, and therefore plays much bigger roles than contributing to happiness.

Saleeby found that oxytocin was very effective for people with neuropsychiatric problems such as depression and anxiety. It also helped to improve emotional relationships.

“With the lockdown, you had a lot of social distancing and people forgot how to socially interact with each other and that’s problematic,” said Saleeby, “this is actually helpful in rebounding as a bonding, reestablishing humans and social connections.”

He also prescribes it for people with reproductive problems such as erectile dysfunction in males and anorgasmia in females. He also uses oxytocin as a last resort treatment to improve bone health when common treatments such as calcium, vitamin D, and vitamin K2 all fail.

“It’s probably one of the most ignored hormones out there,” said Saleeby.

Oxytocin is rarely prescribed, since it needs to be refrigerated to prevent degradation, regardless of whether it is in powder or solution, making it less practical for daily use. Oxytocin nasal sprays found in supermarkets and online stalls are thus likely not effective, Saleeby cautioned.

Yet the multifaceted roles oxytocin plays can often make up for its logistic annoyances.

It can reduce inflammation by lowering cortisol, the stress hormone. Cortisol causes inflammation, and inhibits digestion, reproduction, and growth. In prolonged states of stress, the immune system may also be inhibited, leading the person to become more susceptible to infections.

Oxytocin could reverse this action.

Despite these benefits, “a lot of [oxytocin’s mechanism of action] is poorly understood. We just know that it works, especially with behavioral things like bonding,” said Saleeby.

Saleeby also recommends nutraceuticals such as vitamins and adaptogens as both first and second line treatments for spike protein injuries.

Adaptogen are herbs that can work as medicine; this includes curcumin, certain types of mushrooms, and various plants.

An adaptogen Saleeby often recommends for COVID-related conditions is Andrographis paniculata; both research and his own clinical observations have found the herb to be effective for preventing COVID-19, treating COVID-19, and also for spike injuries.

The main bioactive component of A. paniculata is andrographolide, which is known for its broad anti-viral and anti-inflammatory effects. Studies have shown it can work against common cold and fever as well as more threatening viruses including influenza virus, SARS-CoV-2, dengue virus, and HIV.

“Government in Thailand, early on in the pandemic … actually condoned [A. paniculata], recommended it to the people of their nations to use it with zinc, with vitamin C, with vitamin D to help with COVID,” said Saleeby.

Many nutraceuticals such as magnesium, vitamin D, vitamin C, and omega-3 oils are also recommended as second line treatments by doctors to improve individuals’ immune function and reduce inflammation.

Magnesium, vitamin D, vitamin C, and omega-3 are linked with anticoagulant effects and may prevent the formation of blood clots. These nutraceuticals also strengthen immunity and reduce inflammation.

Omega-3 fatty acids have cardiac protective properties; studies show that it reduces the risk of heart arrhythmia and all-cause mortality in people with underlying coronary disease. It is therefore recommended for patients with cardiac problems including myocarditis.

Both vitamin D and omega-3 are also recommended for hair loss following vaccination.

For all vitamin nutraceuticals, Saleeby recommended getting pharmaceutical grade supplements rather than easily accessible ones from the supermarkets or pharmacies.

“You can’t go wrong if you use one of these high end pharmaceutical grade companies.”

Marina Zhang is based in New York and covers health and science. Contact her at [email protected]

Mon Nov 7 , 2022
With the emergence of medical and recreational cannabis, an increasing number of people have started using cannabinol, or CBD, for arthritis and pain in the joints. CBD is a nonpsychoactive compound derived from the cannabis plant; while it can cause drowsiness, it doesn’t cause a “high” like its cousin, THC […] 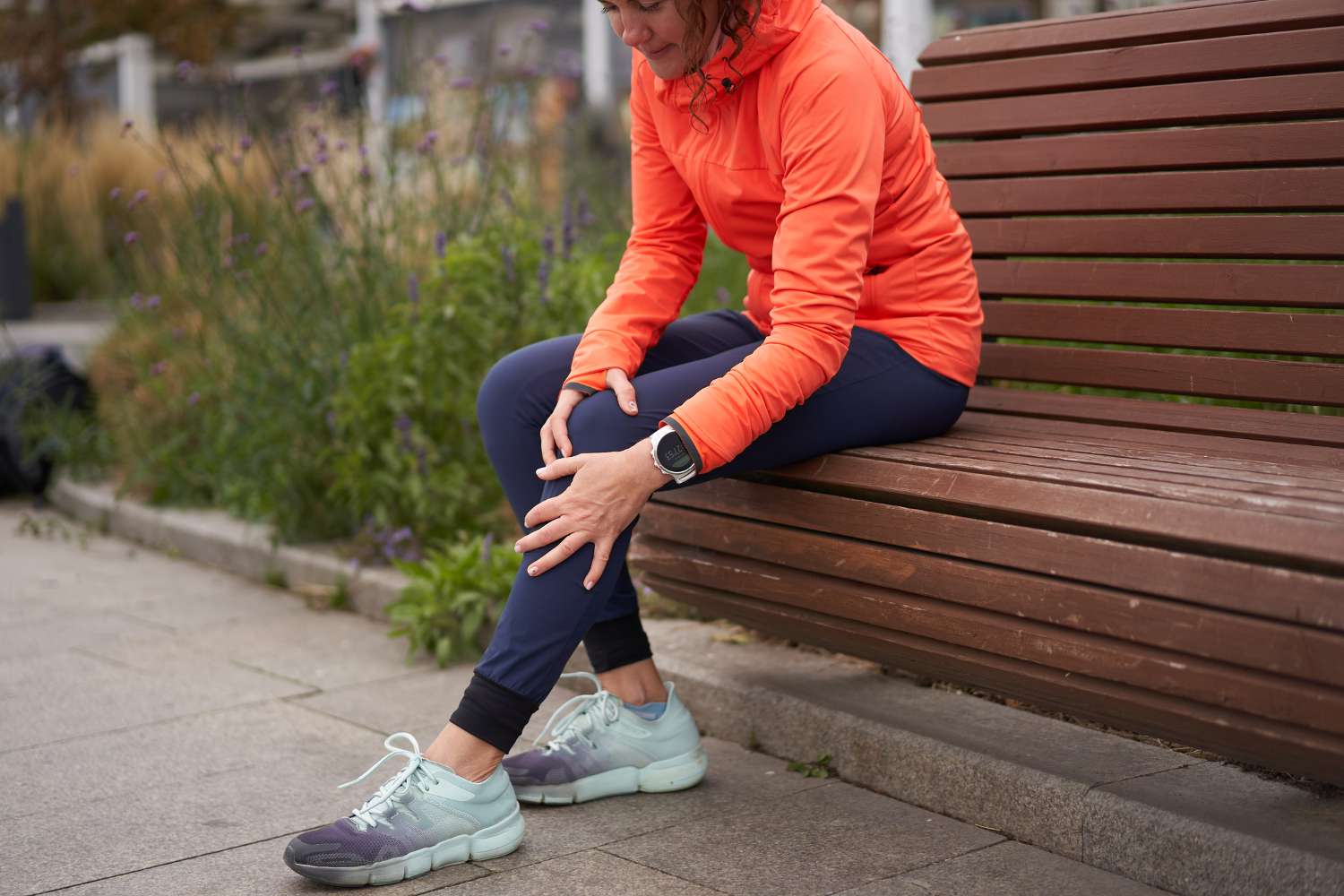